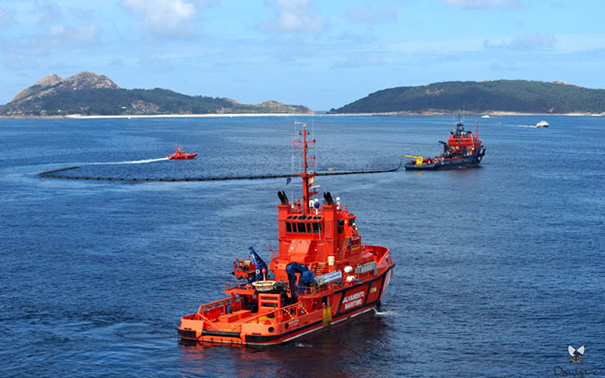 On January 23, the Xunta de Galicia had to activate the Camgal Plan first thing in the morning before the possibility that, a ship anchored on the coast of Viveiro, collided against a rocky area. The reason for its activation was that the boat was being dragged by the force of the wind and its engines did not start.

Thus, in the face of these situations, there is the Camgal Plan (territorial contingency plan for accidental marine pollution of the Autonomous Community of Galicia), whose main objective is to obtain the maximum protection for the people, the environment and the Goods which result or may be affected in any contingency arising from events related to accidental marine pollution.

Camgal Plan and its objectives

As discussed above, the main objective of this plan is to obtain the maximum protection of people, environment and property. Thus, within the specific objectives, we can highlight:

To plan and coordinate, within the scope of its responsibilities, in relation to the degree of adequate response, the actions of the material and human resources attached to the Camgal Plan with the actions of the different means capable of carrying out operations of Fight against accidental marine pollution, belonging to the various administrations, as well as to public and private institutions.

B. To enhance the proper utilization and improvement of the means of combating accidental marine pollution attached to the Camgal Plan, as well as to promote the training of specialized personnel at the territorial level.

The activation of the Camgal Plan

Besides that, the activation of the Camgal Plan will be guided by the following levels of response:

A. Alert (Situation 0): when it is suspected that some type of significant contamination can reach the coastal zone, both from the sea and from ground installations. The activation of an internal maritime plan in the emergency phase or the activation of a local plan will be the alert statement of the Camgal plan.

B. Emergency: It will be when some type of significant contamination reaches the coastal zone, both from the sea and from ground installations.

1st. Emergency minimum level (scenario 1): It will be given when the contamination episode is of small gravity and extension.

2nd. Emergency Medium level (scenario 2): will be given when the episode of contamination is of gravity or average extension.

3rd. Emergency maximum level (Situation 3): it will be given when the nature, severity or extent of the emergency exceeds the response capacity of the autonomous community.

Thus, the skill and organization of the response teams are fundamental to ensure success. The territorial contingency plan for accidental marine Pollution of Galicia (plan CAMGAL) contemplates numerous protocols and implies different groups of action to deal with the cases of accidental discharges that take place in our coasts. It is essential that all of them are sufficiently tested in simulated scenarios so that, when it comes to dealing with real cases, the answer is agile and effective.