Cod as a source of health through Omega-3 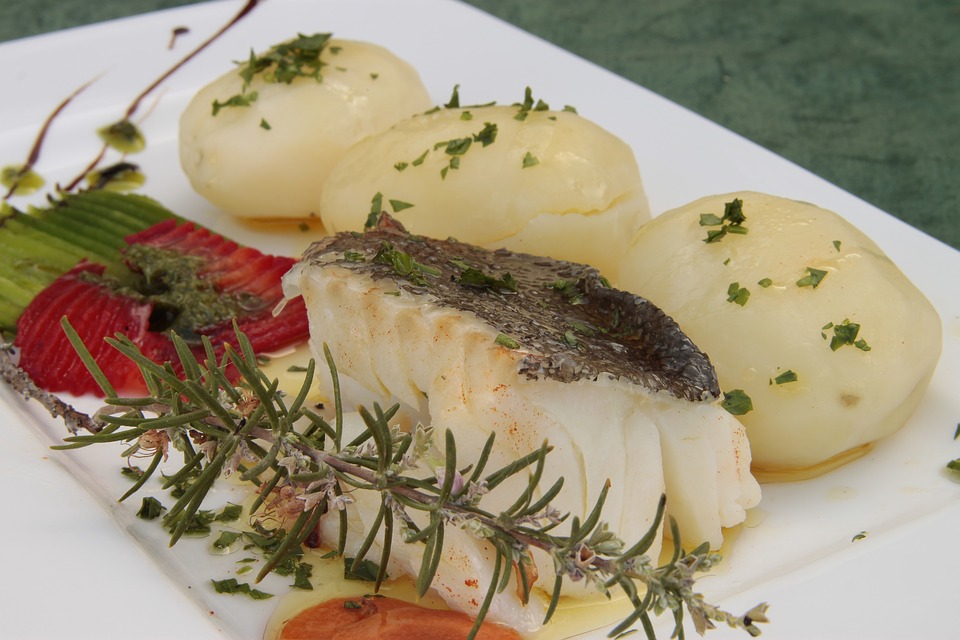 White cod meat, with a mild flavor, is available throughout the year and is a wonderful substitute for meat protein, due to its versatility, which makes it easily adaptable to all cooking methods.
Cod belongs to the same family (Gadidae) along with haddock and haddock. The cod needs cold, deep and arctic waters to grow, reproduce and survive, and that is why its fishing grounds are very well defined.
The cod provides innumerable health benefits, which makes it a very appreciated fish since ancient times.

In addition to being an excellent source of low-calorie protein (a four-ounce serving of cod contains more than 21 grams), cod contains a variety of very important nutrients and has also proven useful in a number of different health conditions.

It has been shown that fish, particularly cold water fish such as cod, are very beneficial for people with atherosclerosis and diabetic heart disease. Studies show that people who eat fish regularly have a much lower risk of heart disease and stroke than people who do not eat fish. Cod, specifically, promotes cardiovascular health because it is a good source of omega-3 fatty acids that thin the blood, as well as an excellent source of vitamin B12 and a good source of vitamin B6, which are necessary to keep levels low. of homocysteine. This is important because homocysteine ​​is a dangerous molecule that directly damages the walls of blood vessels, and high levels of homocysteine ​​are associated with an increased risk of heart attack and stroke (homocysteine ​​is also associated with osteoporosis, and a study recently found higher incidence of osteoporosis among women whose vitamin B12 status was deficient or marginal compared to those who had a normal B12 status.) Cod is also a very good source of niacin, another B vitamin that is often used to reduce high cholesterol levels, another thing that can lead to heart disease.

When researchers at Ohio State University evaluated blood samples taken from 43 older adults (with an average age of 67 years), they found that study participants with high proportions of omega-6 over omega-3 not only had Higher levels of several compounds involved in inflammation, but were more likely to suffer from depression and obesity.
Chronic obesity has already been linked to heart disease, type 2 diabetes, osteoporosis, cognitive impairment and Alzheimer’s. The first epidemiological studies (population) have also linked higher levels of proinflammatory cytokines with depressive symptoms. This new study suggests that a diet that is rich in omega-6 fats but includes few of the foods rich in omega-3 fats, such as the standard American diet, promotes not only obesity, but also depression.

Omega-3s are found in cold water fish, nuts and flax seeds, for example. Alpha-linolenic acid (ALA), omega-3 in nuts and seeds, can be converted, although ineffectively, in the body in the omega-3 found in fish, eicosapentaenoic acid (EPA) and docosahexaenioc acid (DHA).
EPA improves blood flow and is also suggested to affect hormones and the immune system, which have a direct effect on brain function. DHA is active in the membrane of the ion channels in the brain, which makes it easier for them to change shape and transmit electrical signals, and is involved in the metabolism of serotonin (the reduction of serotonin production and / or activity is a key factor in depression). Practical advice: have good mood. Reduce sources of omega-6 fats, such as beef, and corn, palm, peanut, or sunflower oils. Enjoy a handful of omega-3-rich walnuts daily, and a serving of cold-water fish, such as cod, at least 3 times a week.

Your health and your state of mind will thank you.